Sammy Flores, owner, has always dreamed big. He started with soccer. As a child he aspired to be a professional soccer player in his native country, Mexico. At the young age of 18 he joined his first professional team, Oro, Injury cut his career short but that didn't stop Sammy from reaching for his next goal. He wished to move to the United States of American, obtain citizenship, and become successful living the American Dream.

He moved to the United States at age 24 in 2003. His first job was at a Mexican chain restaurant washing dishes. Sammy spent two years working, seven days a week, non-stop, to earn the money needed to obtain his next goal of owning his own restaurant. In 2005 El Pueblo was opened. A restaurant specializing in his favorite kind of food, Mexican. After immediate success he wanted more and set out to open a new restaurant.

Sammy's hopes to always feel like family. A great place to enjoy numerous craft beers, craft burgers, and soccer or any other sport you desire! 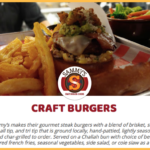 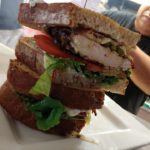 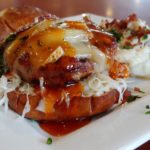 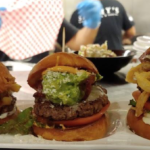 A Little History about Sammy's

Sammy has refined his concept and offers his craft burgers and beers at Sammy's Craft Burgers & Beers in Blue Ash. Come in and join us for delicious food, craft beers, and fun of all types. We have plenty of screens where you can watch your favorite games while enjoying the company of your fellow sports fans.

Come in for the burgers and beer - stay for the fun!